The Russian Railway Company (RZD) operates one of the largest and most expansive railway networks in the world. Trains connect almost every city, town and village in this enormous country. And train travel in Russia is often much less expensive than traveling by air.

Polrail Service is an official RZD agent, and whether you wish to travel by the high-speed "Sapsan" train from St. Petersburg to Moscow, or by Trans-Siberian sleeper train from Moscow to Vladivostok, we can issue the tickets for you!

Ticket prices for trains throughout Russia depend on the season. Prices are higher at the during the holidays (New Year and Orthodox Christmas), at Easter, and during summer vacations (July and August). Prices can also rise as trains fill up. The earlier you decide on your tickets, the better chance we have of finding accommodation for you and a good price!

Tickets for journeys within Russia and for international connections to/from Russia can be booked up to 60 days before the travel date.

RZD Russian Railways offers discounts for the youngest travelers – children up to age 4 travel for free, although a no-cost ticket must be issued for them. Children from 5 to 9 years old travel for half price. 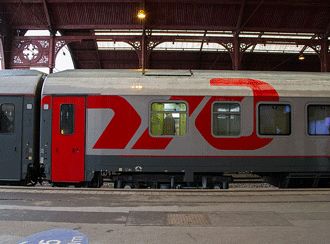 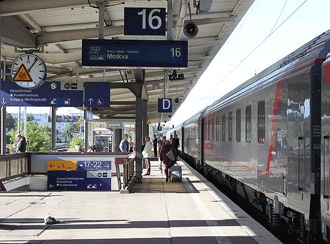 One of the most popular Russian rail routes is that between Moscow and St. Petersburg. During the day, high-speed "Sapsan" trains travel between the two cities, allowing a travel time of just 3 hours 45 minutes. If you have time to spare, or would like to save on the cost of a hotel room, we can recommend traveling by a comfortable night train, sleeping while you travel. 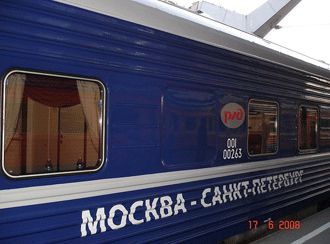 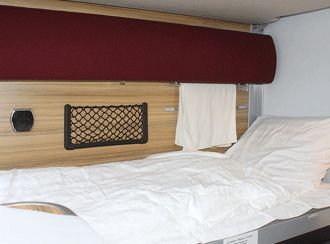 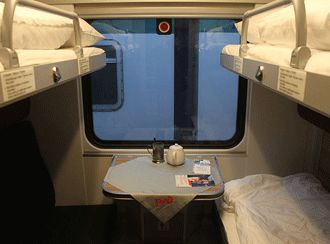 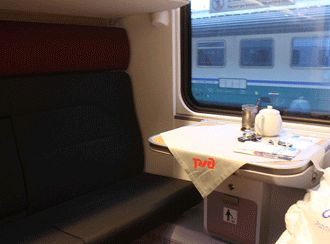 To book an RZD ticket, request a Custom Price Quote, and we'll work on an itinerary and pricing for you.

Most domestic Russian tickets can be sent to you in electronic format by e-mail, or you can retrieve them from a ticket machine at any of the main stations in Russia.